The South Dakota Highway Patrol's Police Service Dog (PSD) Unit is an indispensable asset to the crime fighting efforts of all South Dakota law enforcement agencies. Formed in 1991, this Unit has grown to 14 teams and is responsible for intercepting millions of dollars worth of illegal drugs, confiscating millions in currency, weapons and vehicles, tracking individuals and locating key pieces of evidence.

The dogs are primarily Belgian Malinois. Each is paired with a designated handler, working and training in:

Narcotics Detection Dog Teams complete approximately seven weeks of initial training, then work to seek out drug couriers, assist local law enforcement agencies, search for illegal drugs in schools, sniff suspicious packages through the mail and help in educating others about the dangers of drug use.

Upon completing approximately seven weeks of Detection School training, Patrol Dog Teams attend an additional six weeks of training. In addition to drug detection, these dogs are trained in tracking and criminal apprehension and are used as an alternative to placing Troopers in unusually dangerous situations.

Explosive Detection Teams attend eight weeks of initial training, learning to find the odor of a variety of components that could be assembled into any type of bomb. This team responds to bomb threats and provides protective sweeps of the State Capitol and other State buildings in Pierre, along with sweeps prior to special events or the visit of dignitaries.

All dogs in the PSD Unit live at home with their handler and become part of the handler’s family, but they must be ready to go to work at a moment's notice. As the dogs become accustomed to the rigors of law enforcement work, they look forward to the challenges presented to them each day.  The following dogs are currently serving the citizens of South Dakota: 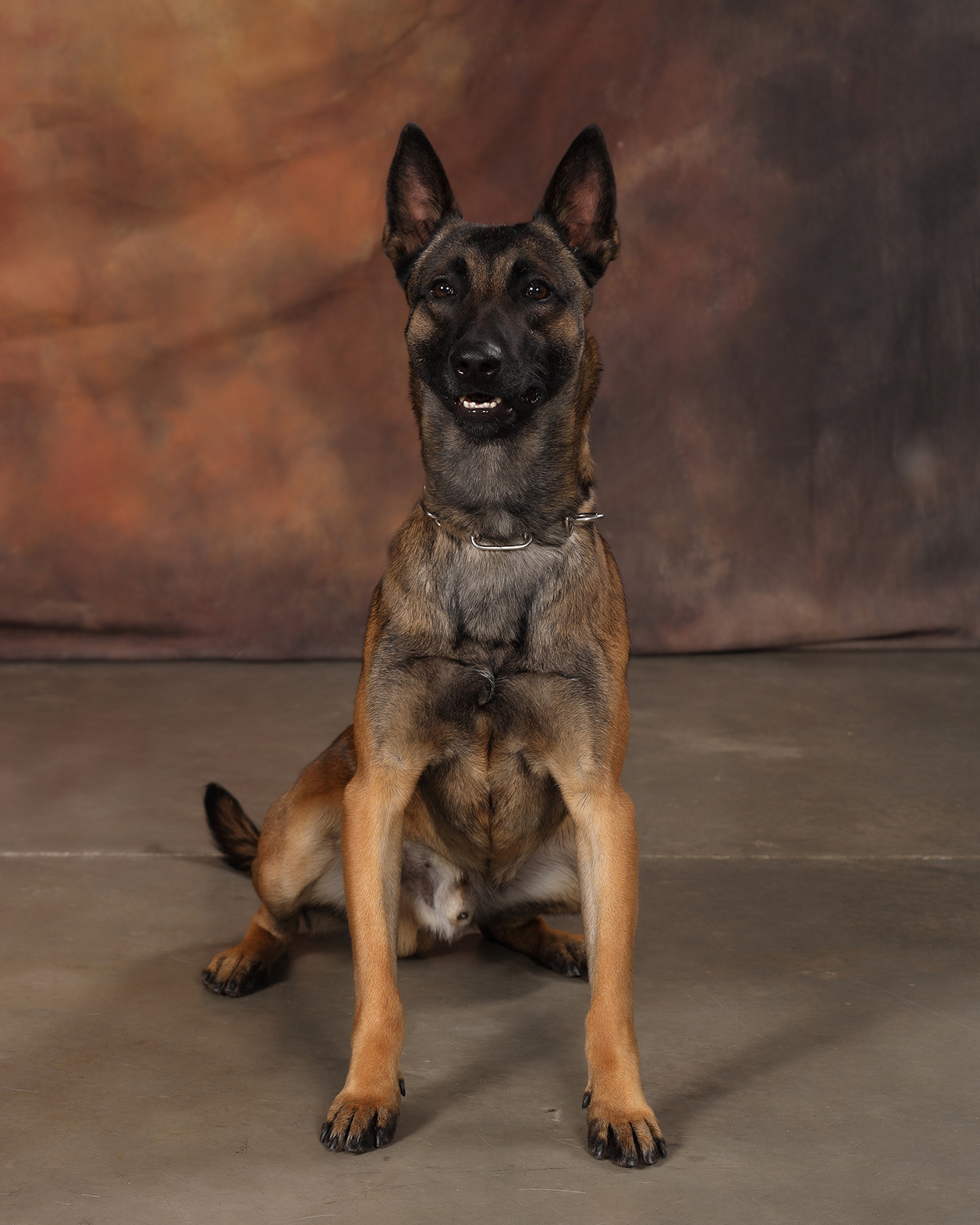 Trooper Mohr began his career with the South Dakota Highway Patrol in 2017.  In 2021, he was teamed with PSD Brio, a Belgian Malinois certified in the detection of illegal narcotics.  Brio was born in 2019 in Croatia and currently works in Central South Dakota.  Brio is always excited to go to work to make South Dakota a safer place for its citizens and visitors.  While off duty, Brio loves playing fetch and being a part of the Mohr family. 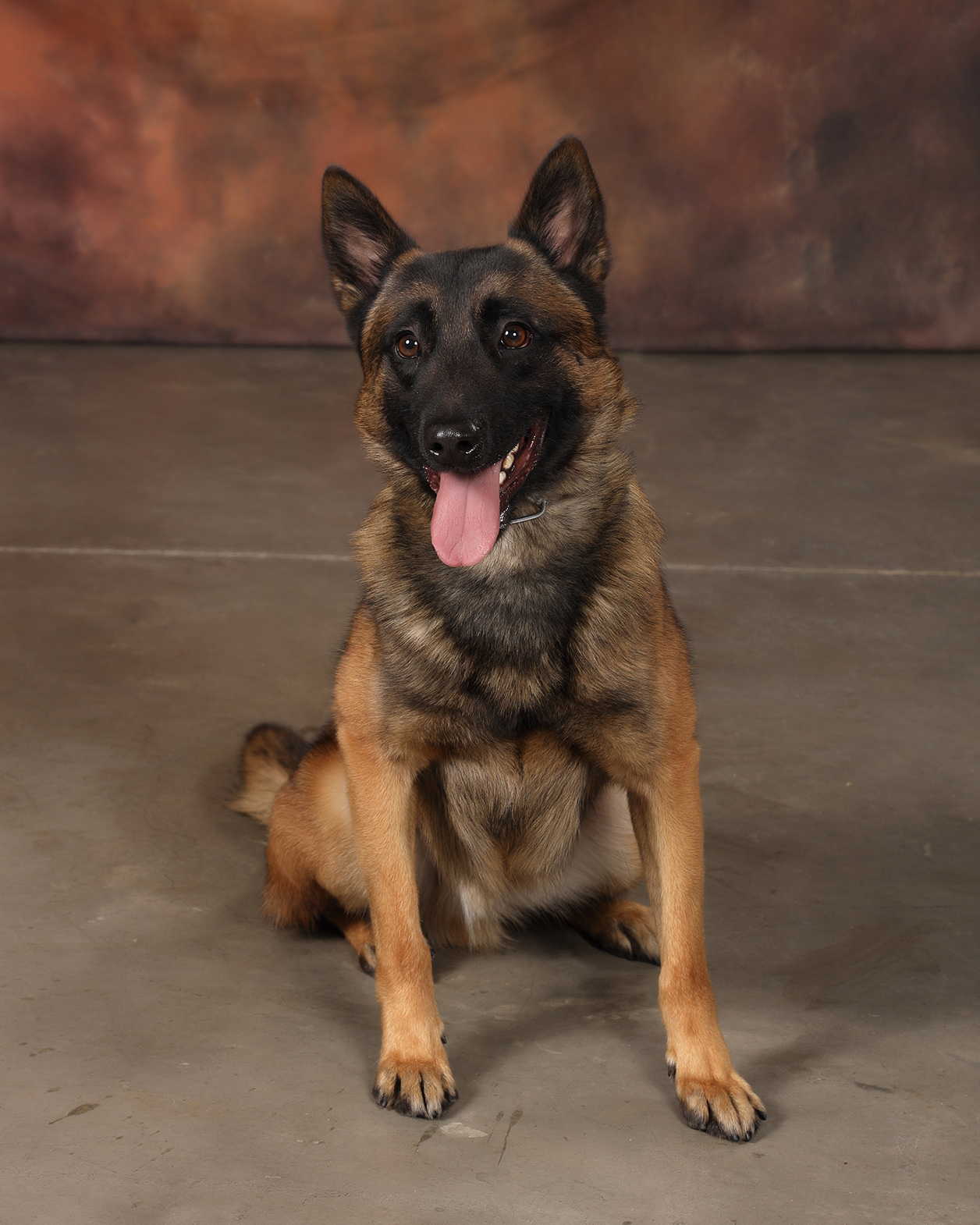 PSD Dax is a Belgian Malinois and started with the Highway Patrol in 2020.  Dax is assigned to Trooper Nathan Monger in Tyndall.  Dax has lots of energy and will go for hours if you let him.  He likes to play fetch and get his fur brushed in his free time.  Dax is always ready to work and can’t wait to get in the car every day. 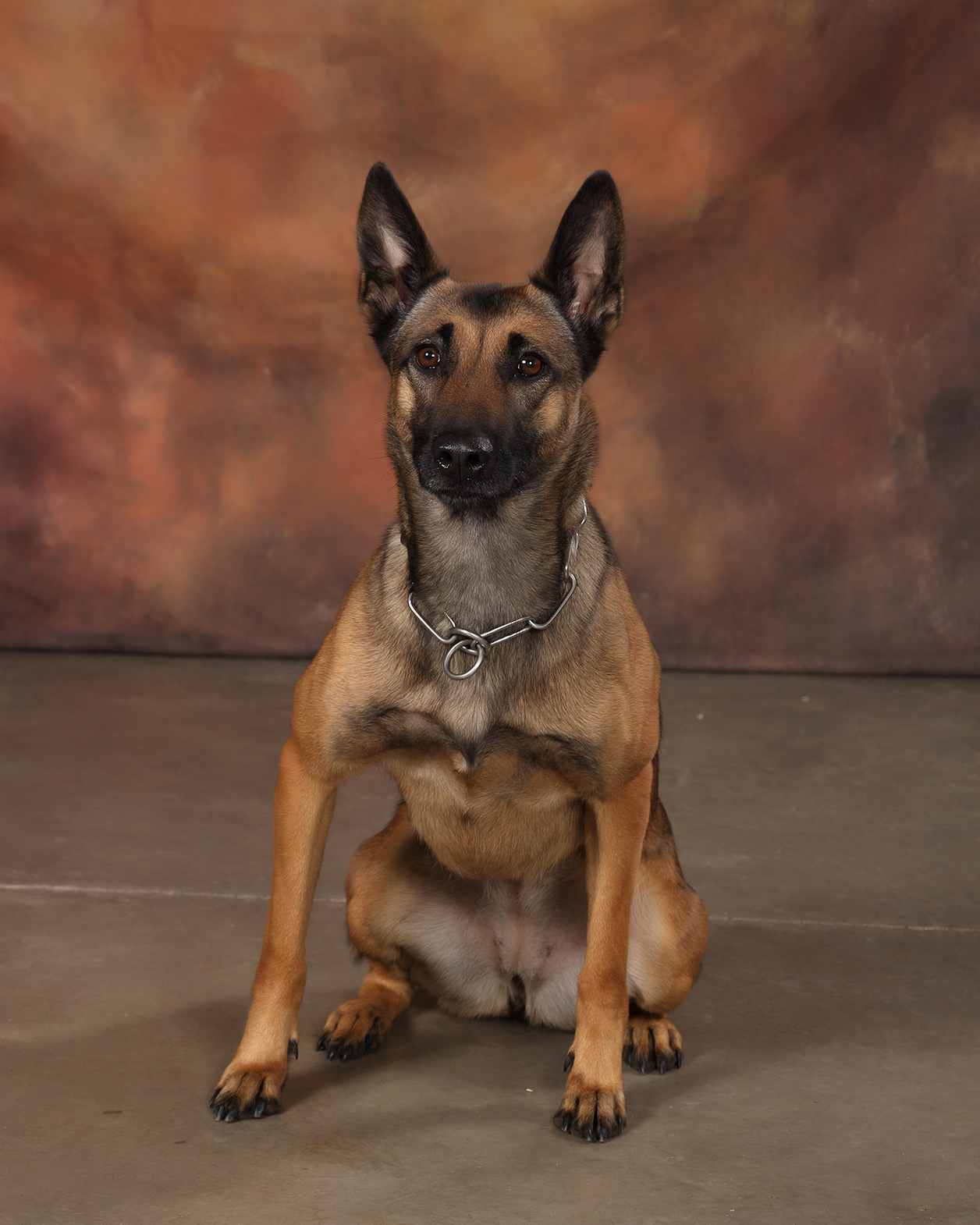 Trooper Jordan Anderson began his career with the South Dakota Highway Patrol in 2018.  In 2020, he was selected to become part of the Police Service Dog Unit.  Trooper Anderson was paired with his PSD partner Demi.  Trooper Anderson and PSD Demi are stationed in Sioux Falls.  Demi is a Belgian Malinois and certified in the detection of narcotics.  She loves to play and is very social. 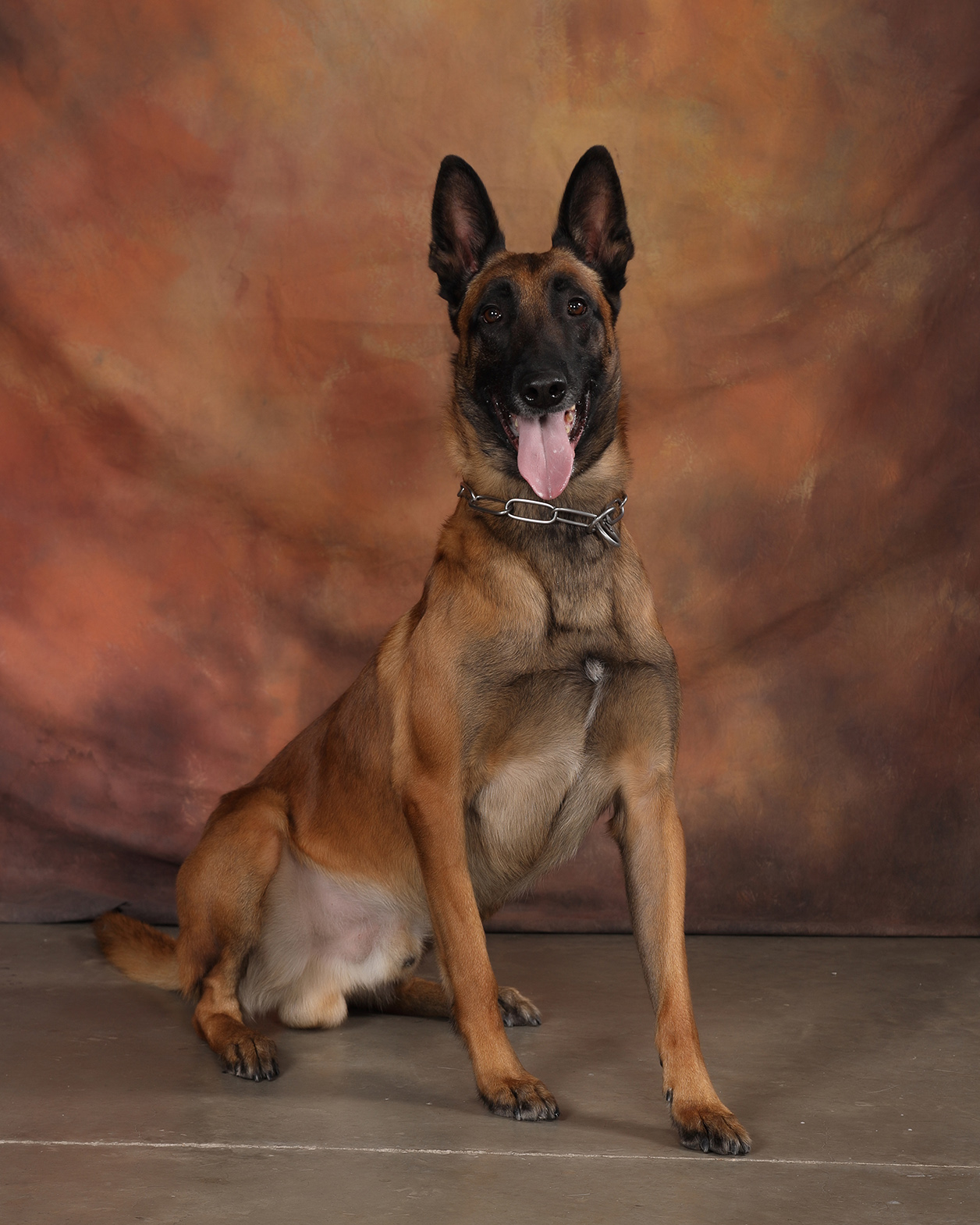 Doc is a Belgian Malinois born in November 2017 in Croatia.  He was there until he turned a year old, then he was imported into the United States in New Market, Alabama.  Doc was purchased by the South Dakota Highway Patrol in January 2019 and was assigned to Trooper Dennis Mez in Belle Fourche.  He started his training to be a narcotics detector dog two months later in March.

Doc is a very high drive dog and took to training exceptionally well.  He loves to search and work and is very intelligent. Training him was challenging because he was always a step ahead of what we were doing.  He completed his training in May 2019, passed his initial certification, and became a certified narcotics detector dog.

Doc was put to work right after training and was successful from the start.  He was making street finds his first month  on the road and he makes continual progress at our scheduled trainings.  He is always ready to work - no matter the time or weather.  At home, Doc is very active just like he is at work.  He runs around the yard and the house and just can’t stop himself from jumping up on the furniture and trying to chew things up.  His enthusiasm for work and play makes him a lot of fun to work and live with. 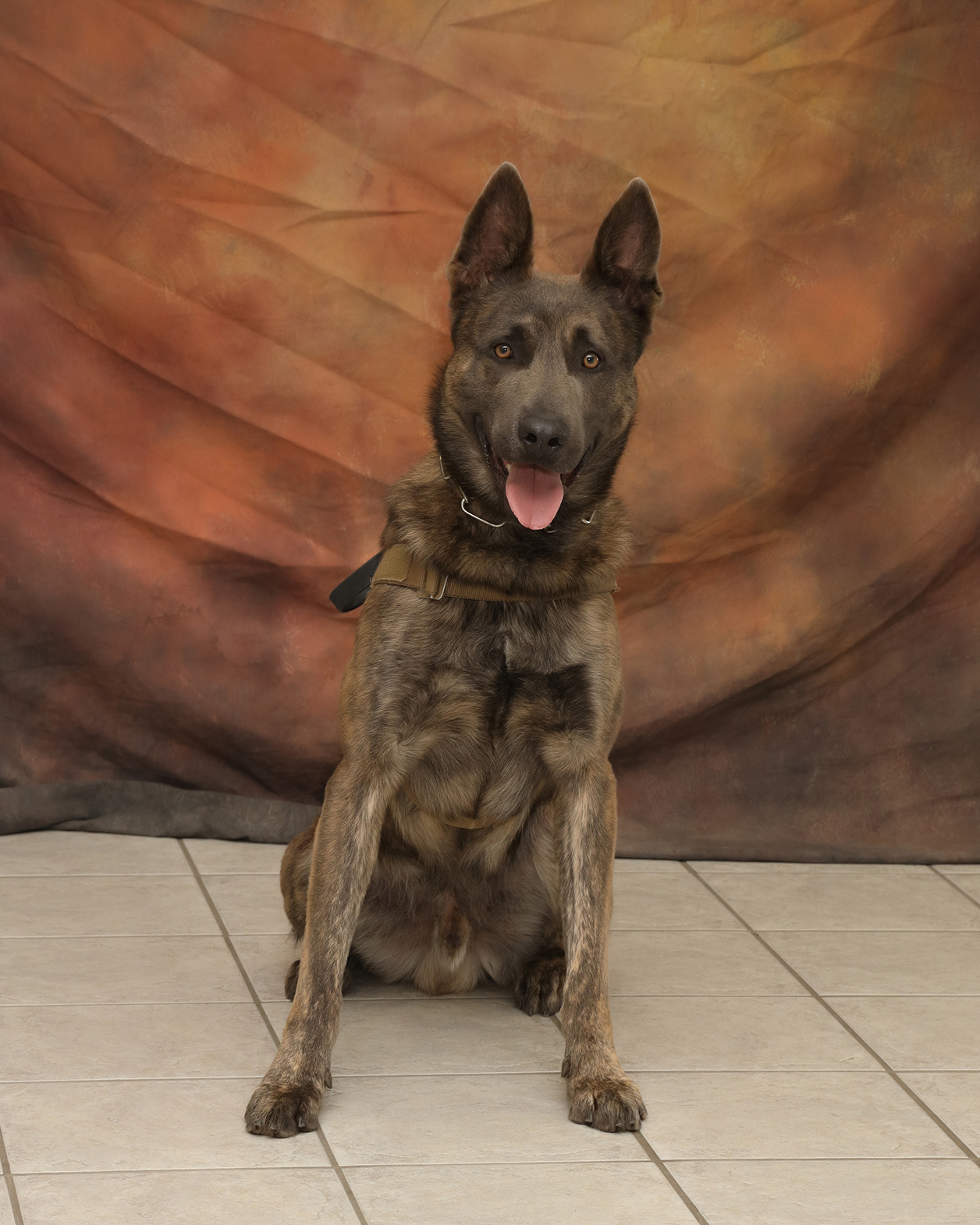 Trooper Peterson began his career with the Highway Patrol in 2016 and was selected as a Police Service Dog (PSD) handler in 2021.  Trooper Peterson's partner, PSD Drago, is a Dutch Shepherd born in Holland on September 11, 2019.  Trooper Peterson and PSD Drago are certified in narcotics detection, suspect apprehension, tracking, and evidence recovery.  They are stationed in the Sioux Falls area. 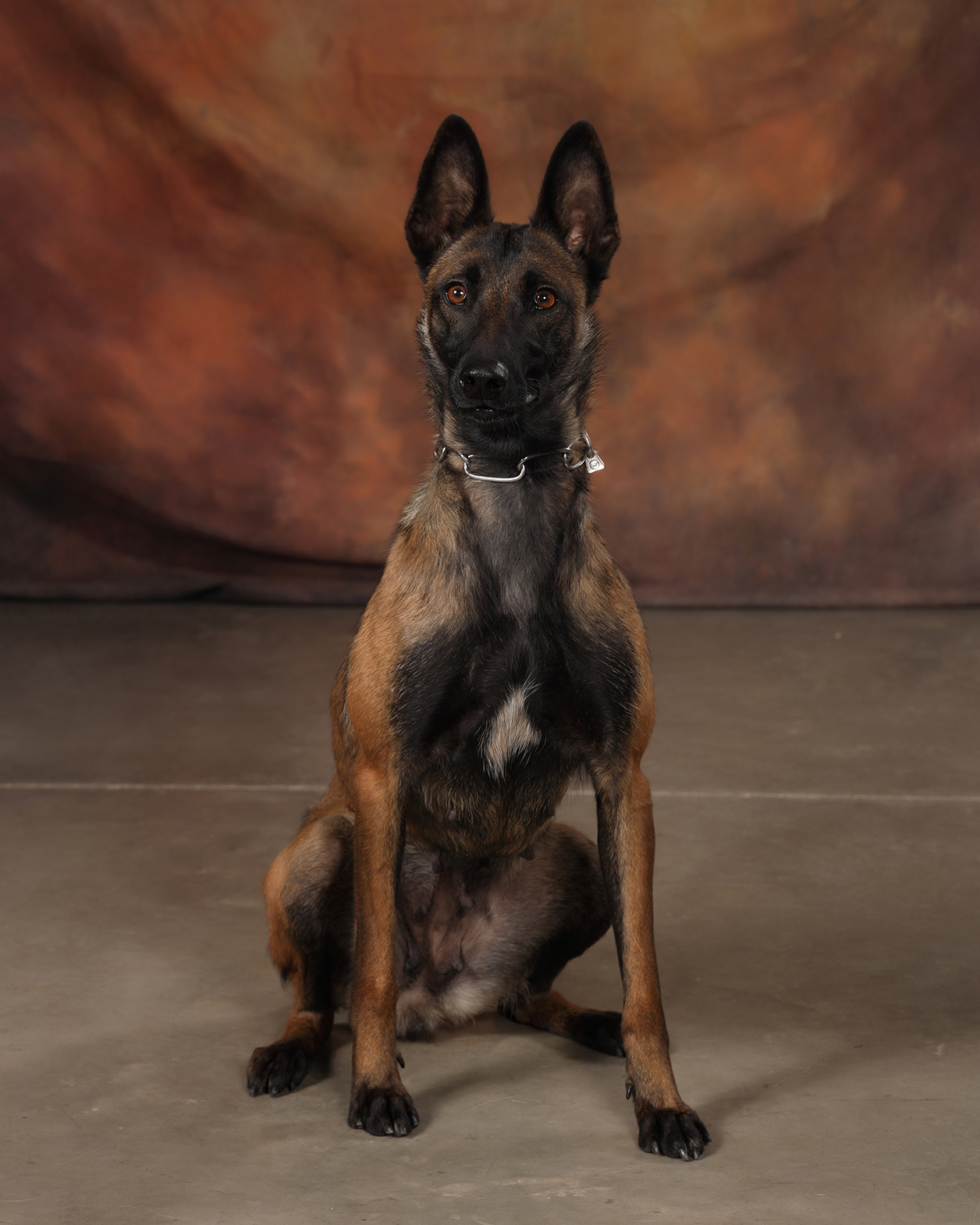 PSD Kobra started her career with the South Dakota Highway Patrol in the fall of 2021. Kobra is a Belgian Malinois trained and certified in the detection of illegal narcotics. Kobra and her handler Trooper S. Johnson are stationed in Central South Dakota.  Kobra is full of energy and loves to play.  She is instrumental in assisting law enforcement remove illegal drugs from our communities. 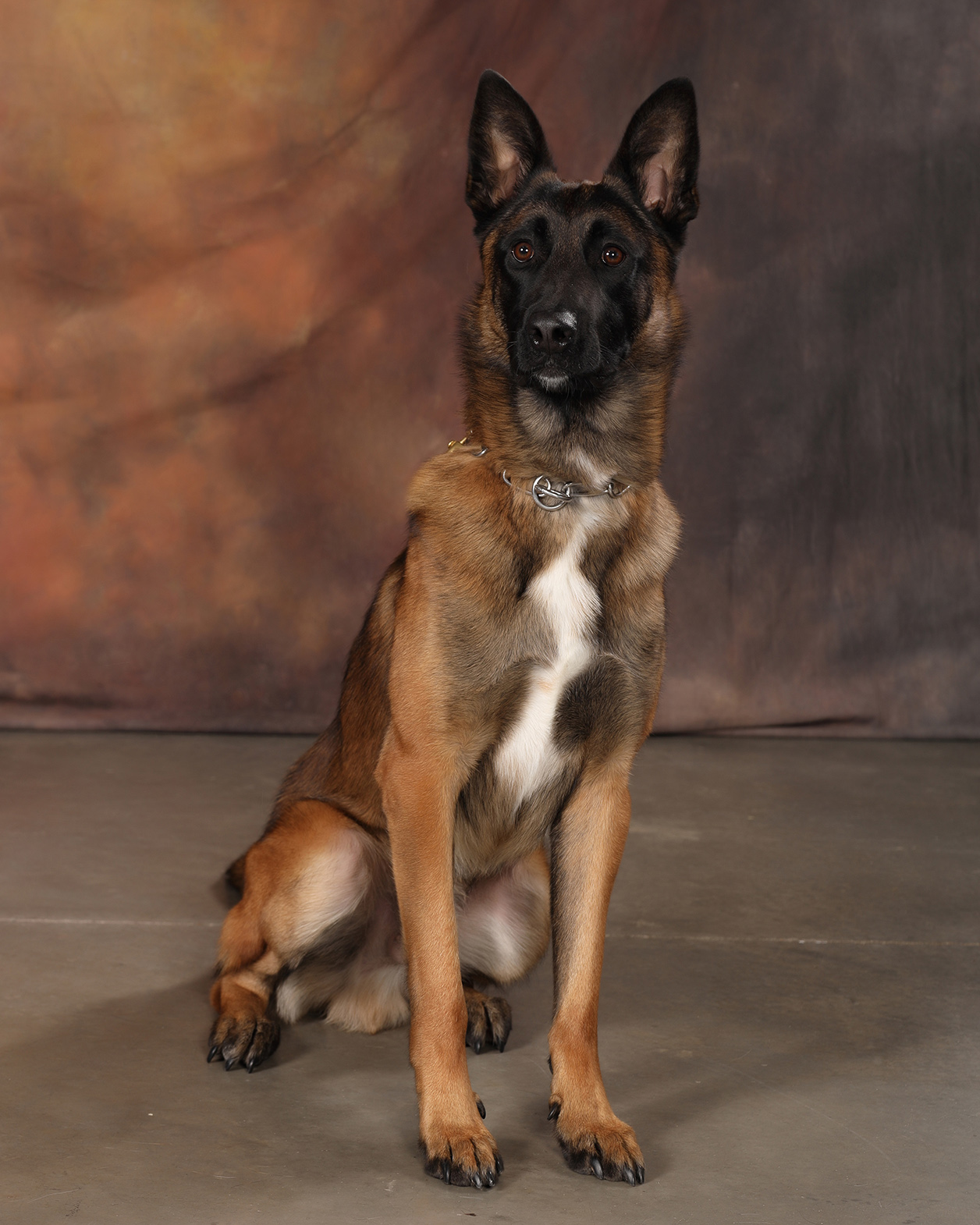 Police Service Dog Loki is a Belgian Malinois and is currently two years old.  Loki is assigned to Trooper Bill Berry and they are stationed in western South Dakota.  Loki is trained and certified in the detection of narcotics.  Loki has been instrumental in removing illegal drugs from the local communities.  Loki was loves to play fetch and lay around the house when he is off duty. 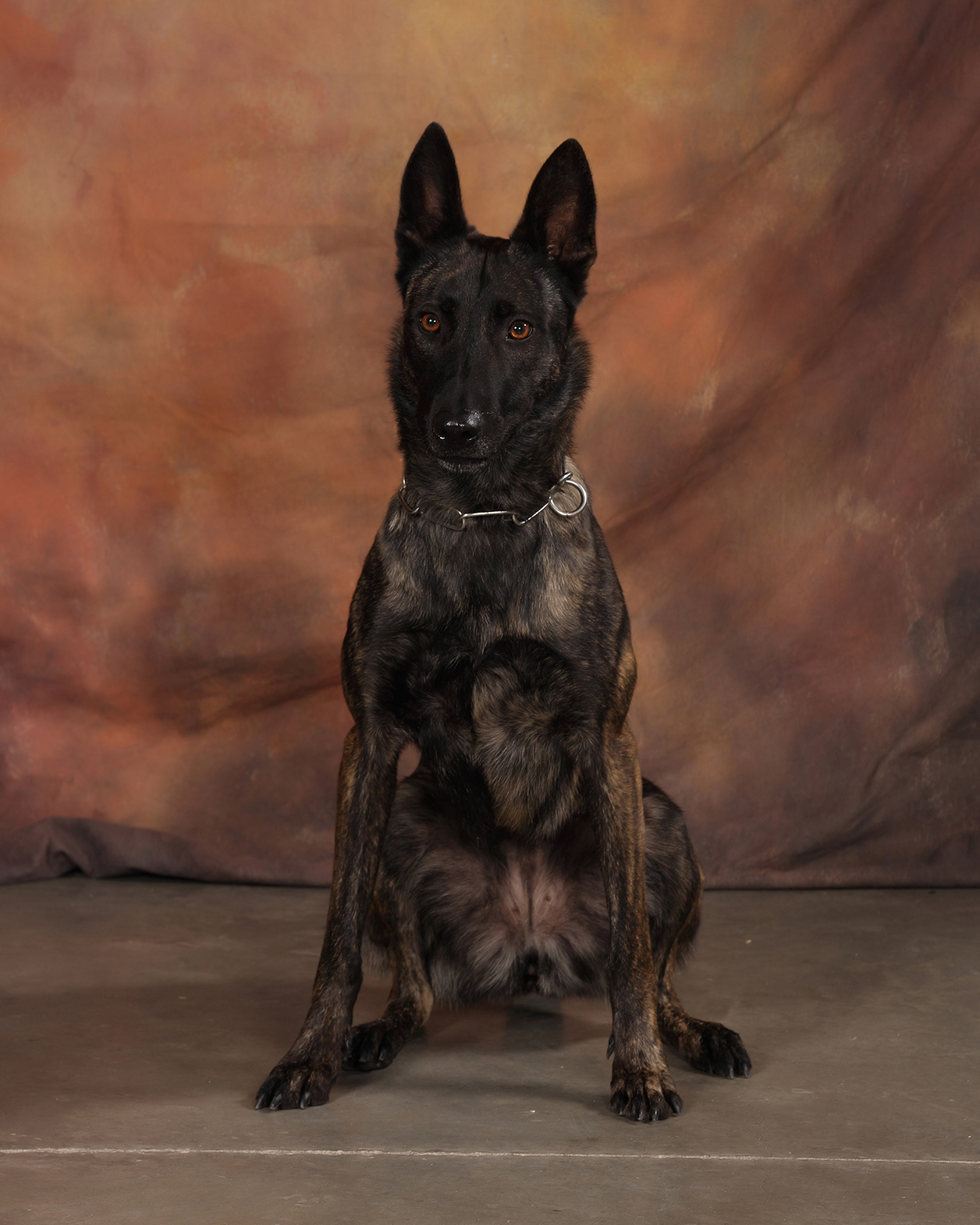 PSD Luna is handled by Sgt. Josh Olson.  PSD Luna is a Dutch Shepherd from the US born in 2019.  PSD Luna was donated to the Highway Patrol.  She is a single purpose dog trained in the detection of the odors of illegal drugs.  PSD Luna supports the Governor's Meth Initiative Task Force and is stationed out of Brookings.  She is very high energy and has been instrumental in assisting law enforcement in removing narcotics from our communities. 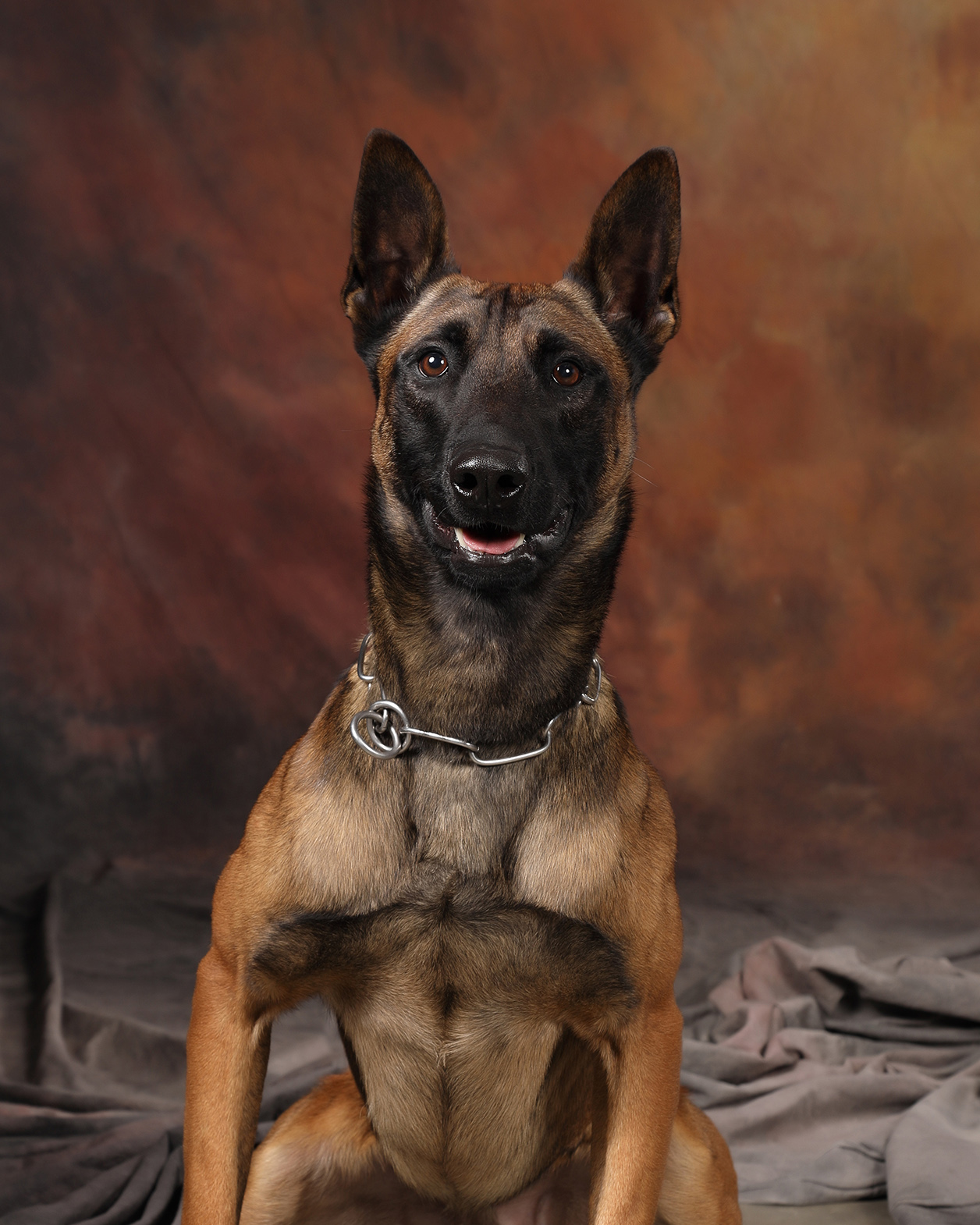 PSD Murph started working in the fall of 2020 and is stationed in the Northeast part of South Dakota.  Murph is a Belgian Malinois trained in the detection of illegal narcotics and is a very high drive dog full of energy.  Murph is named after Medal of Honor recipient LT Michael P. Murphy, who was killed in action on June 28, 2005 in Afghanistan. 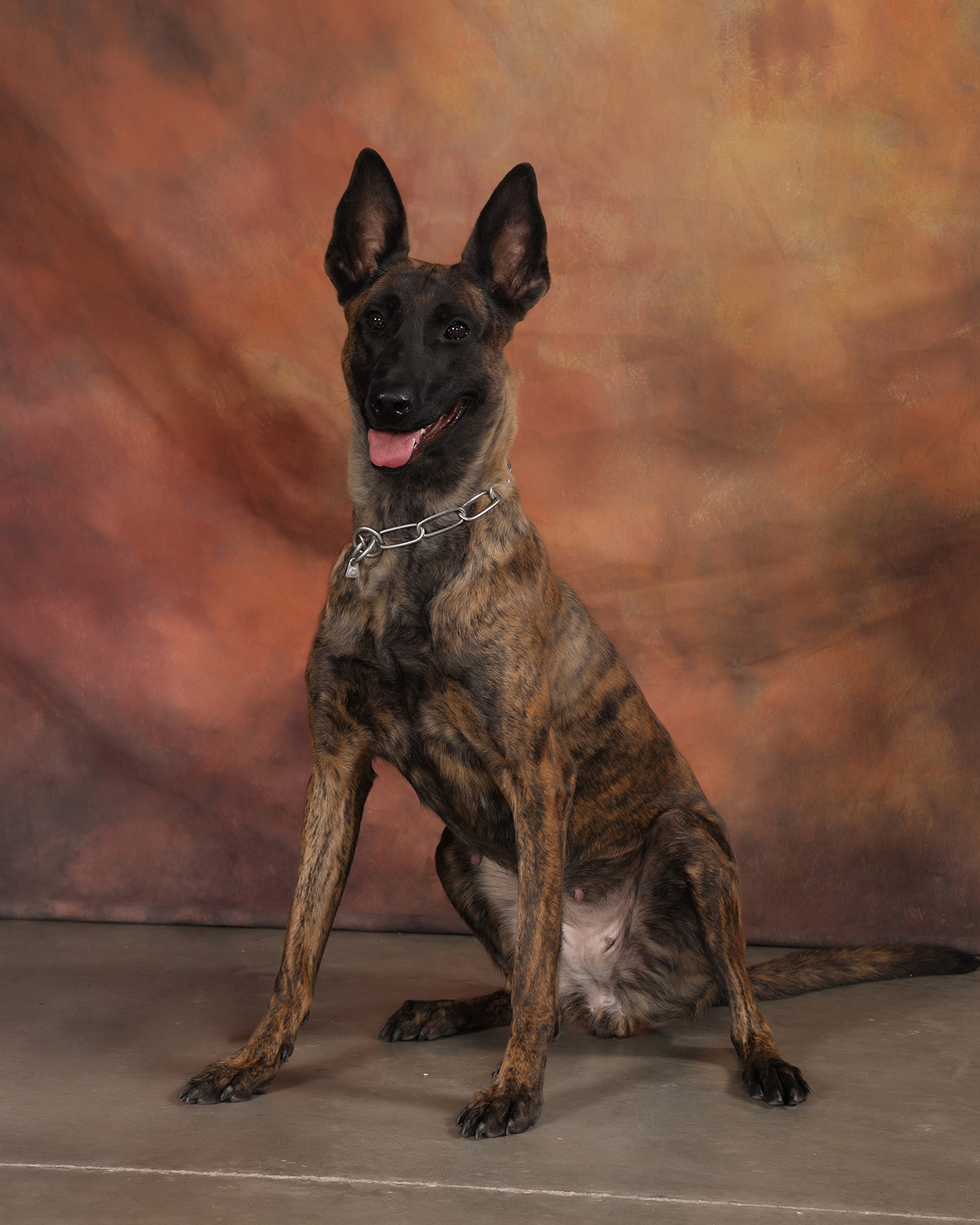 Police Service Dog Nala is a Dutch Shepherd who came to the United States from the Netherlands in January of 2021 at just under two years old.  Nala completed her initial narcotics detection training in Sioux Falls in April 2021 and is currently assigned to Trooper Trent Heuertz.  The pair are stationed in Elk Point and primarily focus on interdicting illegal drugs in southeast South Dakota.  Nala has tons of energy and loves to run and play fetch when she isn't hard at work. 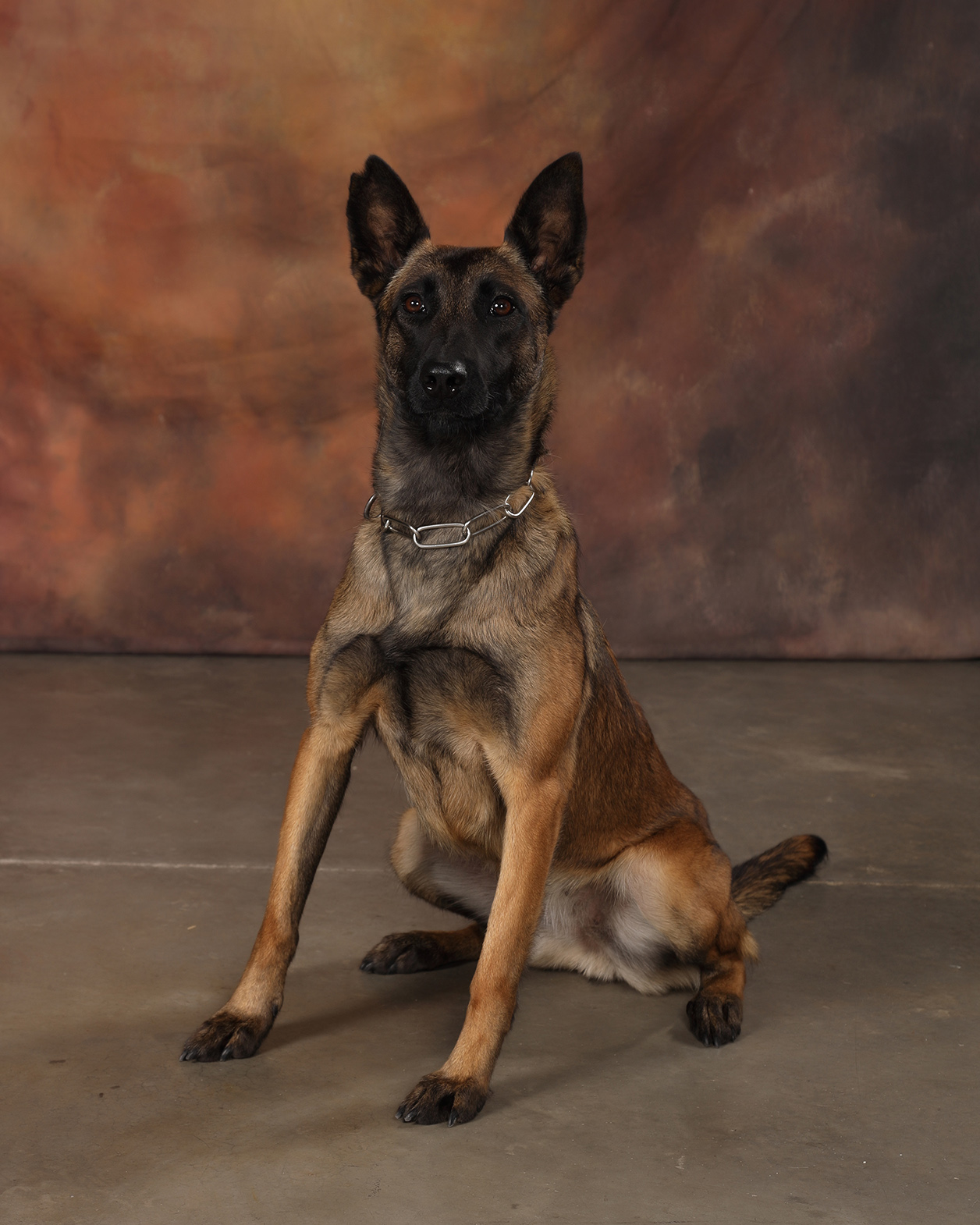 PSD Raya is a Belgian Malinois born in 2019.  She came from Croatia to begin her career with the South Dakota Highway Patrol in the spring of 2021.  Once joining the South Dakota Highway Patrol, she became trained and certified to detect narcotics.  PSD Raya and her handler, Trooper D. Johnson, patrol the central part of the state.  She is a high-energy dog with a lot of drive and enjoys working toward improving our community. 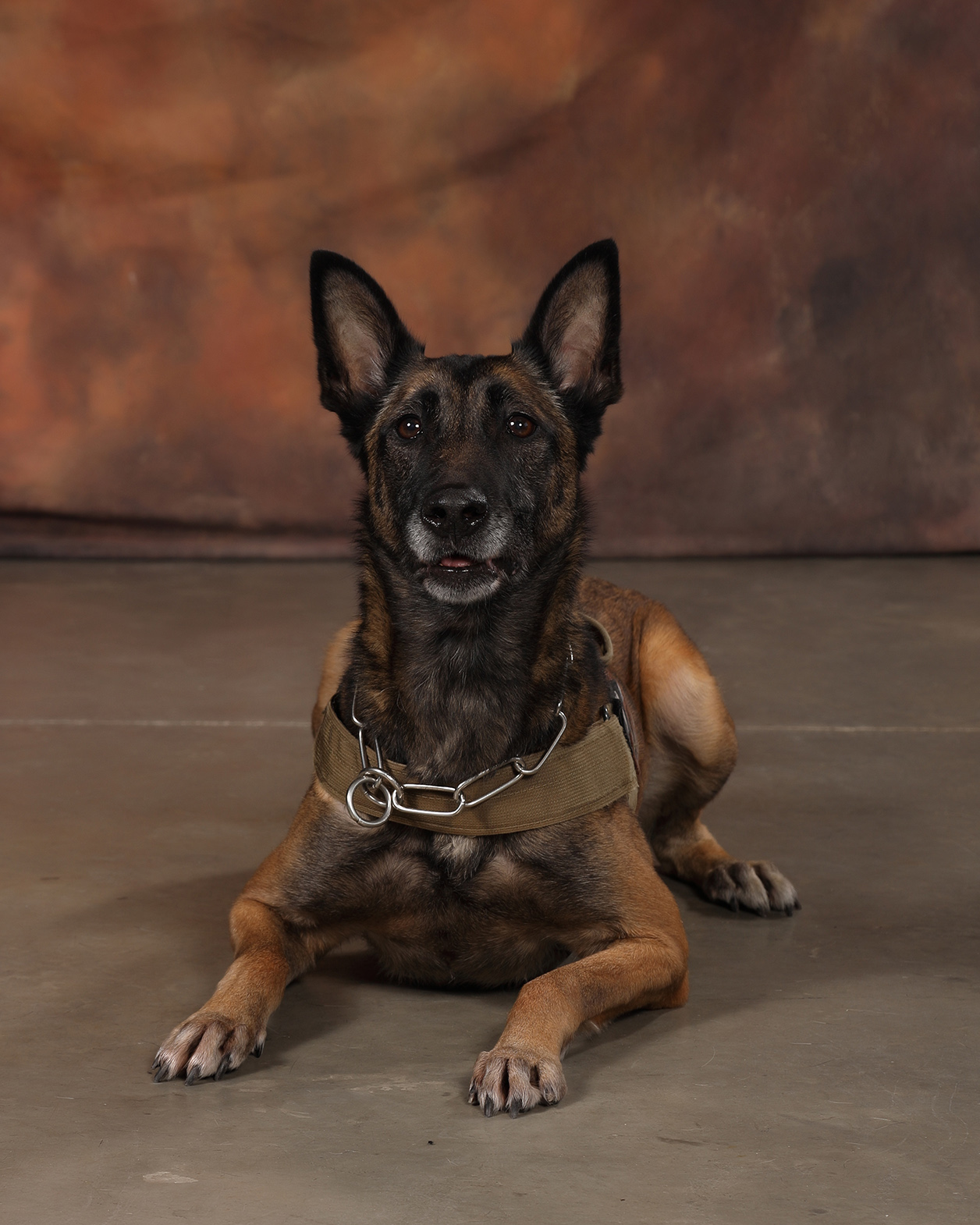 Trooper Michael Dale started with the South Dakota Highway Patrol in March 2009 and joined the police service dog unit in 2012.  PSD Sadie is Trooper Dale's second partner.  Sadie is a Belgian Malinois born July 9, 2013 in Holland.  Sadie started her career with the Highway Patrol in 2016.  Sadie is certified in explosives detection, criminal apprehension, and tracking.  Trooper Dale and Sadie are stationed in Rapid City. 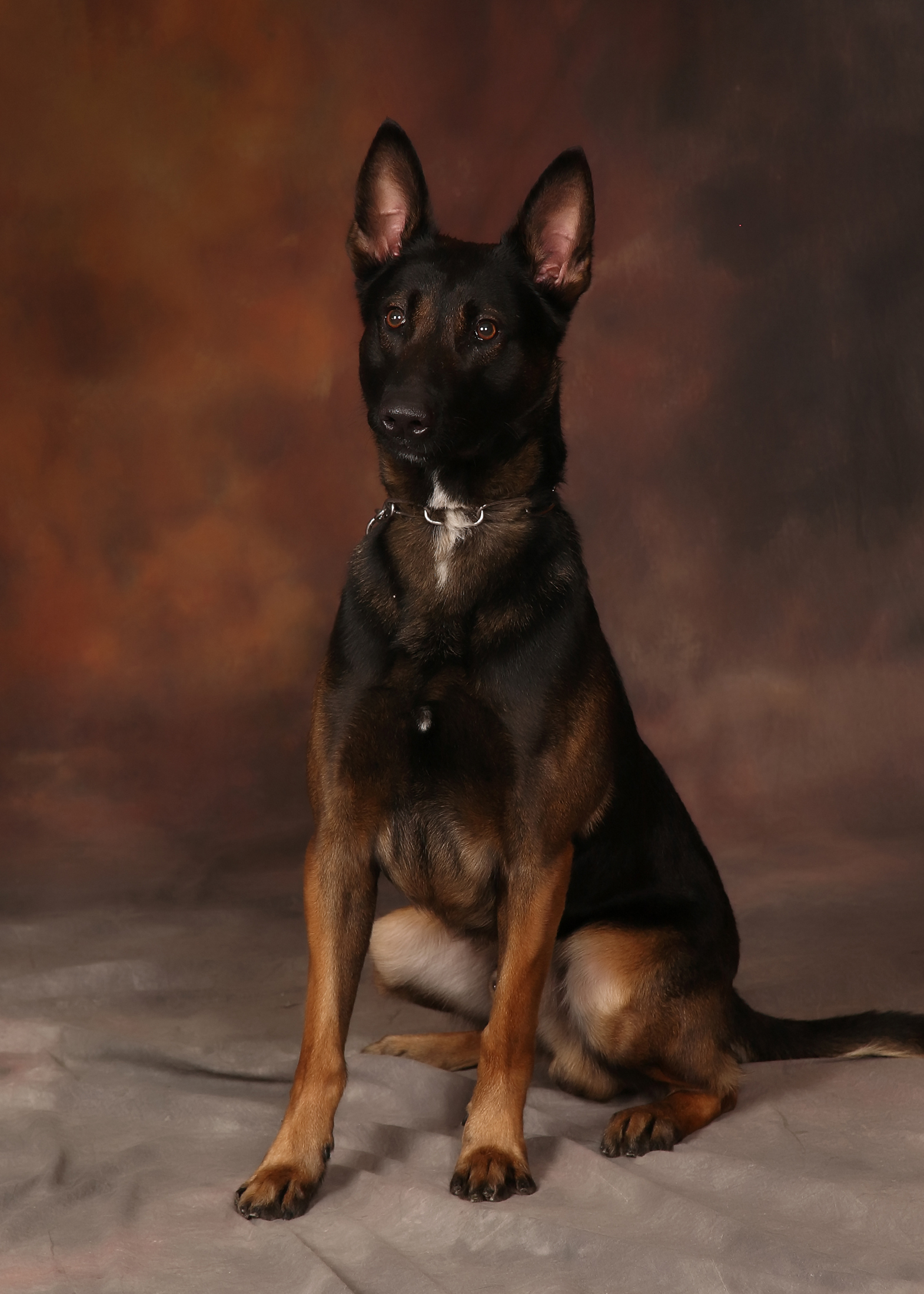 Police Service Dog Sem is a Belgian Malinois who came to the United States from Holland in 2017 at just under one year old.  Sem was purchased by the South Dakota Highway patrol in January 2018 and completed his initial narcotics detector dog training in Rapid City.  Since that time, Sem has been instrumental in the seizure of hundreds of pounds of illegal drugs/narcotics, as well as large amounts of drug related currency and assets.  Sem and his handler primarily patrol the highways in the Black Hills area and assist agents of both the Rapid City and Northern Hills Drug Task Force. 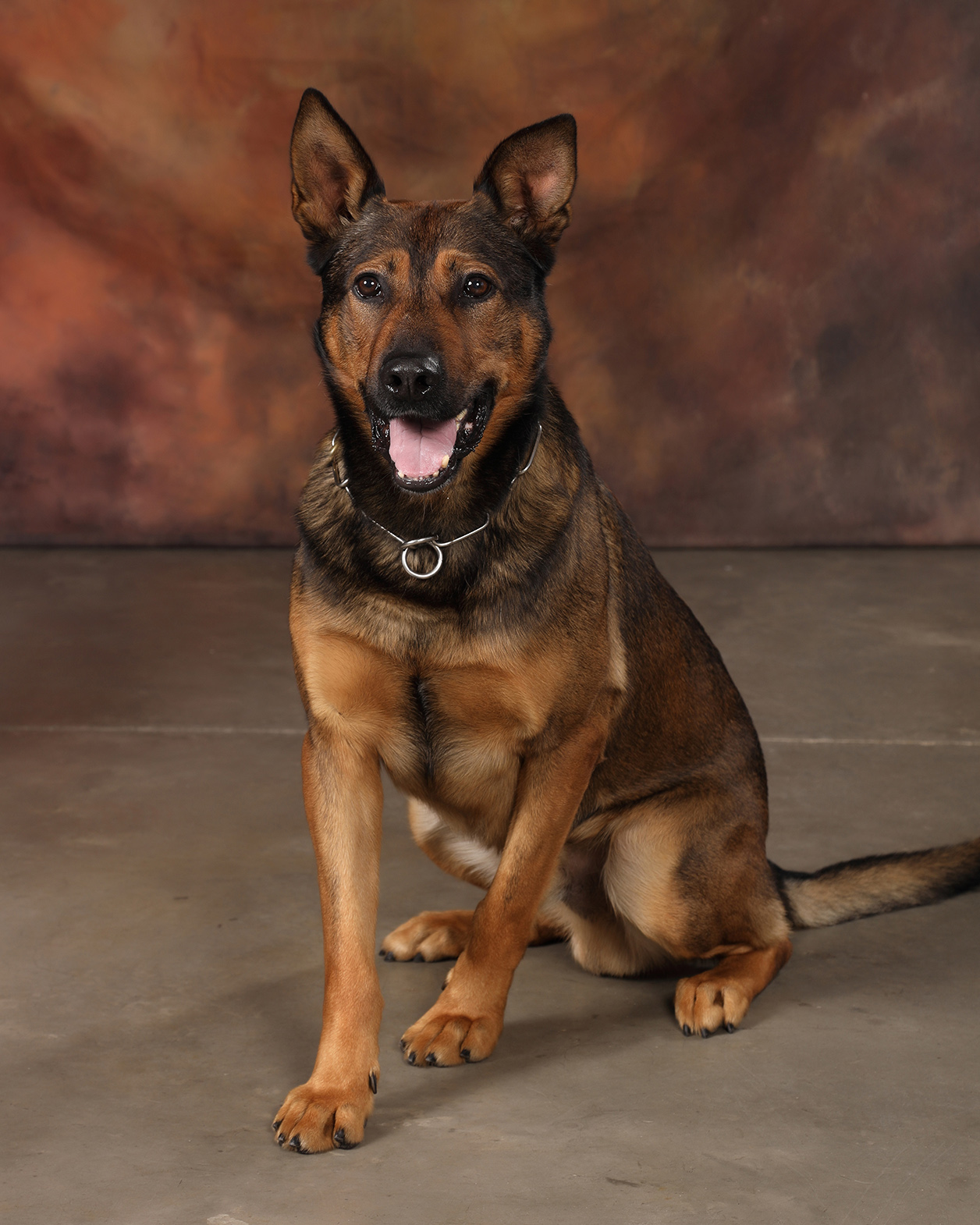 Trooper Steen began his career with the South Dakota Highway Patrol in 2004.  In 2016, he was chosen to be a part of the PSD Unit.  Trooper Steen’s partner is Thor, a German Shepherd trained in the detection of the odors of illegal drugs. Together, they interdict criminals on the state’s highway system.

Visit the PSD archive pages for dogs who previously served with the South Dakota Highway Patrol.

Search by agency and/or name.

Find the Documents You Need